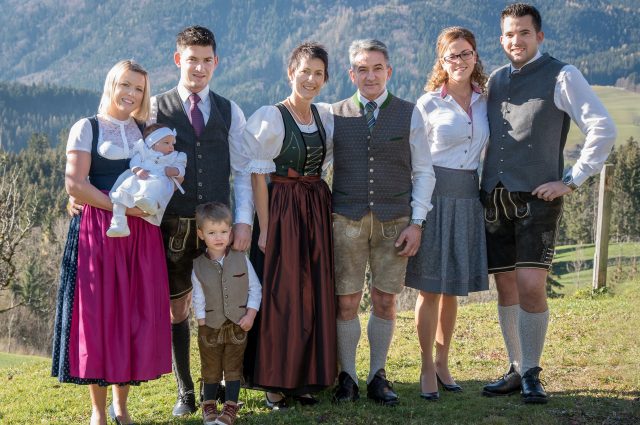 Alpenpension Unterschlag has been owned by the Quehenberger Family since 1938 and has been continuously expanded ever since, including top-to-bottom renovations in summer 2014.

1938 grandparents Josef and Ursula Quehenberger bought the Unterschlag-farm and refered this in year 1963 to their son Matthias und his wife Katharina.

1966 removal of the farmhouse and a new one was built.

Since 1994  Josef Quehenberger with his wife Roswitha is the owner in the Alpenpension Unterschlag.

In summer 2014 the guesthouse was completely remodeled and new apartments were built.

There are also a farm and in winter a ski hut, “Edtalm” in the midst of the skiing area Dachstein-West.

Also the suns Bernhard and Michael are working everywhere at home.

made with ❤ by   die konzeptionisten